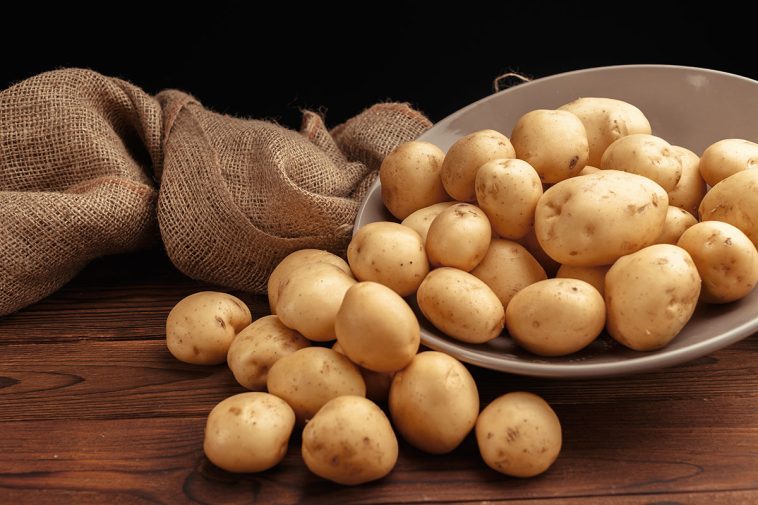 Potatoes have been ranked as America’s favorite vegetable for several years in a row. They are versatile and quick, and easy to prepare, so it’s no wonder three out of four Americans eat them at least once a week.

Many people like to have potatoes on hand at all times. But, do you know how to store them properly? Keeping potatoes near one particular type of produce can cause them to turn bad much faster.

Read on to learn what product this is and what’s the best way to store potatoes.

If you want to prevent potato spoilage, don’t store them next to apples. How can apples be related to potatoes? Here’s the answer.

According to Harvest to Table website, apples produce ethylene gas that causes potatoes to ripen quickly and cause spoilage. Ethylene is odorless, tasteless, and colorless and acts as a plant hormone. Depending on its concentration, it can promote growth and the development of leaves, fruits, and flowers.

Do Only Apples Produce Ethylene?

Apples give off very high ethylene levels, which is why they are a “threat” to keeping potatoes fresh for a long time. But, they aren’t the only ones; other fruits and veggies release ethylene. Some of them are:

Some fruits and vegetables produce small amounts of ethylene that aren’t enough to cause faster spoilage. But, keep in mind that they are still ethylene-sensitive. Here’s a list of some of them:

Keep the ethylene-releasing fruits and veggies away from ethylene-sensitive ones if you want to keep your produce fresh.

How to Store Potatoes

To keep your potatoes fresh for a long time, follow these guidelines:

You may notice your potatoes have turned green or too sweet. Here’s why that happens:

Keep Potatoes Away From Apples

Since apples produce high levels of ethylene, they can cause other fruits and vegetables to spoil much faster. To prevent this, never keep apples close to ethylene-sensitive produce, including potatoes.

If you want your potatoes to ripen faster, put them next to apples. That way, you’ll strategically speed up the ripening process. 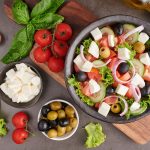 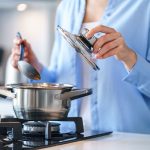