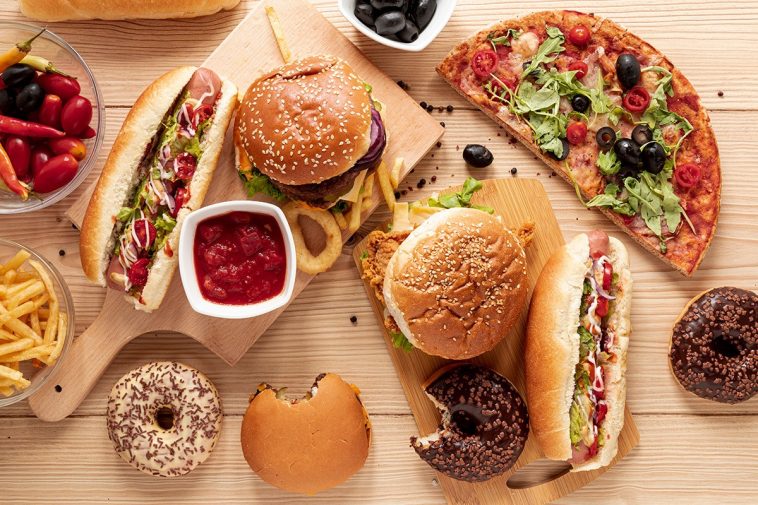 Welcome to the ultimate list of America’s fast-food restaurants’ most popular menu items. You can probably guess some of them. However, if you’ve ever wondered what some people order at Subway or Taco John’s, you’ll get a chance to peek into their eating habits.

We did online research, combined with rep statements, and came up with this ultimate list of the top 48 orders. Enjoy!

One Chipotle rep confirmed that their most popular order is the chicken burrito bowl with rice and black beans.

Both Domino’s and Papa John’s cited the classic pepperoni pizza as their most popular order.

Domino’s pepperoni slices come with a mixture of spiced pork and beef on a freshly-baked crust with tomato sauce and mozzarella.

Boston Market’s signature is also the most ordered dish. The all-natural rotisserie chicken is so famous that they sell over 20 million of them each year.

A rep mentioned the Hook & Ladder sandwich as their best-selling product. This sandwich comes with smoked turkey breast, Virginia honey ham, Monterey Jack cheese, veggies, mayo, and deli mustard on the side.

If you’re wondering what people order at Subway, here’s the answer. It’s the footlong Turkey Sub with a side of chips.

Chick-fil-A’s official blog credited the waffle fries as its most ordered menu item in 2018.

No fast-food brand is more recognizable than McDonald’s and its fries. It’s been the most popular item ever since the 50s!

Whataburger’s most ordered item has been the same for almost 70 years. A rep confirmed that customers are head over heels for the No. 1 Whataburger.

Five Guys’ top-selling item is the two-patty cheeseburger. This doesn’t come as a surprise, with the most popular toppings of lettuce and ketchup.

A Panera rep said that the chain’s top pick is the Mac and Cheese.

Hardee’s sells over 236 million Made from Scratch biscuits, its most commonly ordered menu item.

Moe’s Southwest’s most famous dish is the seasoned burrito with rice, beans, guacamole, shredded cheese, and a protein source of choice.

The Dunkin’s coffee keeps America on its feet. As for the donuts, popular ones include the glazed, Boston Kreme, and frosted chocolate.

It may come as no surprise that Ben and Jerry’s most popular flavor is the cookie dough.

An In-N-Out rep brought up the Double Double as a hot seller, with double beef patties and American cheese slices.

Culver’s menu is burgers heavy, with the ButterBurger cheeseburger at the top.

Auntie Anne’s original pretzel is still baked with five simple ingredients and a top-selling product. Most commonly sold non-pretzel items include the cheese dip and lemonade.

You’d expect a taco restaurant to be best known for its tacos. This one, however, is most famous for its potato oles.

The salad bar has been the most sold item for over 40 years.

The Wei Better Orange Chicken is the top-seller at Pei Wei Asian Kitchen. The Kung Pao and Mongolian Steak is the second, right ahead of the new cauliflower rice.

Wendy’s best-selling menu item is Dave’s Single Cheeseburger made with 1/4 pound of fresh beef and topped with onion, lettuce, pickles, tomatoes, and, of course, cheese.

Here’s another top-selling menu item that comes as no surprise to anyone who has ever to Panda Express.

The second most-ordered item after the burgers at Five Guys is the chocolate milkshake. Some other popular flavors include Oreo cookie, vanilla, strawberry, salted caramel, and peanut butter.

Combo #1 comes with two chicken pieces, a side dish, and a honey butter biscuit.

This no. 1 best-selling dish is also customizable with cheese, guacamole, or veggies.

The best-selling item at Carl’s Jr may come as no surprise.

As confirmed by the restaurant, the most commonly ordered dish is the teriyaki chicken protein bowl served with teriyaki sauce, sesame seeds, Brussels sprouts, or avocado.

Yet another winner that comes as no surprise is the Classic Roll at Cinnabon. The mouth-watering aromas are just what customers look forward to.

Little Caesar’s customers are madly in love with the $5 Hot-N-Ready Classic Pepperoni Pizza. In second place is the Crazy Bread that most fans complete the orders with.

Known for its breadsticks, Fazoli’s sells a lot of breadstick sandwiches.

The upside-down blizzards is the top-selling item over at Dairy Queen. Customers can choose among Turtle Pecan Cluster, Candy Classics, and other flavors.

The most popular dish at Jack in the Box is the taco with beef, lettuce, salsa, and American cheese.

The most famous hot dog at Dog Haus is the T-Mex. This authentic Tex-Mex dish comes with beef sausage, avocado, chipotle aioli, jalapenos, and slaw.

A brand rep told us over email that the deli club sandwich is among their most popular menu item. Customers often order sweet tea to go with it.

The chicken nuggets are another best-selling item at Chick-fil-A.

After learning about the best-selling items of America’s 48 most popular fast-food chains, you may want to start exploring new flavors and tastes you haven’t known to exist. Hopefully, we’ve given you enough lunch or dinner ideas to keep you going for the rest of the year! 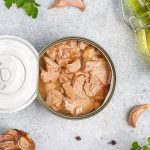